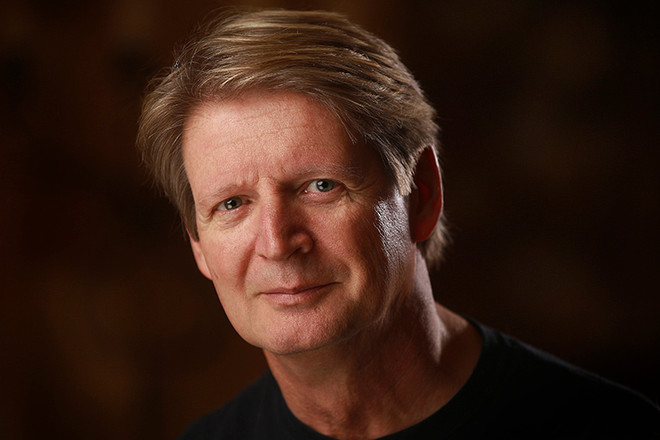 My name is Volker “Frank” Buddenbrock, German by birth, but pretty much raised in the U.S. I’ve been shooting photos since a high school photography class and the gift of a Minolta 202 SLR- pretty snazzy in its day- I remember many of my friends in photo class shooting twin-lens reflex cameras. (I shot with them later as well, and ultimately 8×10 and 4×5 studio cameras before adopting the first single-shot digital camera made by PhaseOne.)

My younger sister Michele wanted to be a model, and it seemed natural that I would take the photos she needed for her modeling school. They came out quite good- so good in fact that several of her classmates (aspiring models all) asked if I might take their shots as well. How bad could that be- shooting pictures of pretty young girls- and getting paid for it?!?! Needless to say- I was hooked.

Later I assisted numerous Los Angeles-based photographers: Dan Wolfe, Harry Langdon, Aaron Rapapport, among others, before launching out on my own.

I shoot a number of different subjects, but I always bring the most important thing to the game- an acute sensitivity to light, and how it falls on, and defines my subject. I’m of the contention that lit properly even an ugly shoe can evoke an emotion in the viewer. It can be light that I set, or it just might be shooting at that time of day that brings out the best in the subject.

I currently shoot digitally, and have been ever since PhaseOne came out with their single-shot digital back for Hasselblad cameras. (You may remember when professional-grade digital cameras first came out- they were three-pass cameras, meaning that they had to shoot three exposures- one each for the colors green, red, and blue. So obviously this limited any digital shooting to rock-steady tripods. It was no good for anything that moved.) I worked with PhaseOne with some of the early on-location R&D of their LightPhase camera back.

I saw digital photography developing an entirely new experience for my clients, and we've never looked back. (Though I still love the look and feel of 120 Tri-X black & white film- there's nothing like it.)